Friday the 6th of June marks the 70th anniversary of the D-Day landings. We pay tribute to those who fell. 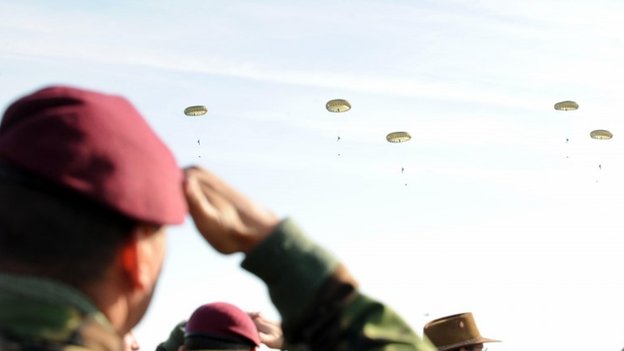 The 6th of June commemorates the 70th anniversary of the D-Day landings on Normandy, this is a huge historical event and the Ministry of Defense are working with organisations such as Foreign and Commonwealth Office and Royal British Legion, the Commonwealth War Graves Commission and groups such as the Normandy Veterans Association to remember the troops that fought and those who fell on the beaches.

As part of the commemorations of the 70th anniversary of D-Day, junior soldiers from 16 Air Assault Brigade are carrying out a battlefield study of significant sites from the campaign where 7900 troops from the British 6th Airborne Division landed by parachute and glider in Normandy.

A soldier who visited the site was quoted saying ‘It’s fascinating to come and see the locations to properly understand our history. The determination they fought with in 1944 to just push on and achieve their objectives, regardless of losses, is humbling.’ We at Nostalgia definitely agree. With 4300 troops falling on the beaches of Normandy, thousands of veterans and their families are making the journey to pay tribute to their lost brothers in arms and lost family members.

In honor of the occasion, we’ve put together a few albums of music that we feel celebrate our troops as that should be celebrates. Check out ‘The War Year – A Tribute’ and ‘Music Of Pride And Glory’ on iTunes.