Blues Legend B.B. King sadly passed away on the 14th of May at the age of 89. Here at Nostalgia we are remembering all the great songs and music he, not only made, but helped to inspire, artists from The Rolling Stones, Eric Clapton, Bobby Bland, Jimi Hendrix, John Mayer, Led Zeppelin, Stevie Ray Vaughan, Jack White and many, many more. Born in the American South in Mississippi at a time of social unrest, King began his career in music in the 1940’s, as a child he was an active member of his local church and began singing in a Gospel choir, by the time he was 12 he had acquired his first guitar, which he paid $15 for, although other sources claim it may have been given to him by Mississippi born, blues legend and trailblazer, Bukka White, who later took King under his wing. King is most notably known for his electric blues guitar signature ‘moan n’ groan’ sound, which he claims electric Blues Legend T.Bone Walker inspired him to look to, “Once I had heard him, I knew I had to have one”. King will be forever remembered as a blues legend and king of the electric guitar sound, he was able to embody the spirit of traditional blues musicians and combine it with a modern twist and shunt into the forefront of American pop music.

His signature guitar nicknamed Lucille (pictured left) was given the name as a reminder “never to go into a burning building, and to never fight over a woman”, a reference to an incident in which King recalls at one of his early shows in the winter of ’49 in Arkansas, where a fire broke out, after two members of the audience began fighting (allegedly over a woman) causing a makeshift fireplace used to heat the crowd, to knock over, sending burning fuel across the floor and the hall, up in flames. After an effective evacuation of the venue, King felt something was missing and ran back into the building to rescue his guitar, an object he would spend little time away from and a bond so strong, you would think the guitar was glued to his hands.
RIP September 16, 1925 – May 14, 2015 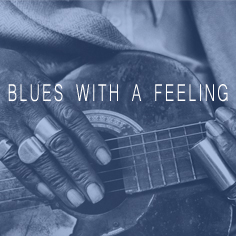