Posted by admin Comments Off Posted on February 20, 2014 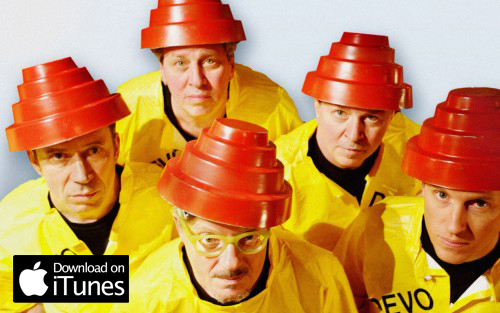 Bob Casale, founder of new wave pioneers Devo is dead at the age of 61, with heart failure being the apparent cause in a statement issued by brother and fellow band member Gerald Casale. Bob Casale, the groups guitarist was part of the bands original and most iconic line-up, consisting of sibling duo Mark and Bob Mothersbaughs and Bob and Gerald Casale (Casale was affectionately named Bob2 with Mothersbaughs taking Bob1).

The band were formed in 1972 with the members getting together in provincial Ohio armed with big dreams and a big sound. Often regarded as pioneers of the new wave movement surrounding punk music in America, Devo took their punk origins and manipulated them using synthesized sounds, unusual time signatures and a somewhat discordant approach to popular song.

Casale and co’s original and compelling sound and due in part to their peculiar choice of stage attire, led them to sign a recording contract with Warner Brothers who subsequently released their debut record; ‘Q. Are We Not Men? A. We Are Devo!‘. The album was produced by Brian Eno and went to receive mixed  reviews from international critics.

Devo’s breakthrough into the US charts came in the form of their 1980 single; ‘Whip It’, which peaked at No.14 in the Billboard Chart. The band went on to retain are hardcore cult following with their music influencing bands such as Nirvana and Hot Hot Heat.

Casale’s death will be met with grief for fans and critics globally. With the band still performing live, Bob Casale will leave a big gap to fill on stage.