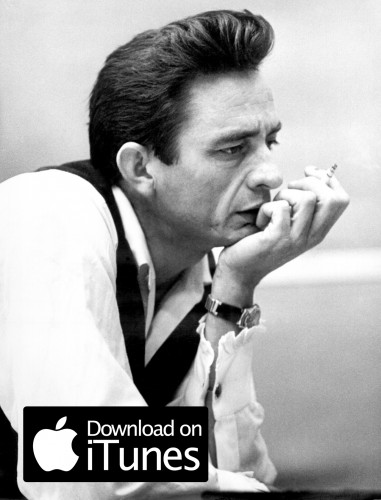 According to Cash’s son; John Carter Cash, enough material to comprise up to five albums has been compiled with the view of releasing an outtakes boxset in the near future. Already scheduled for released is Cash’s posthumous ‘Out Among The Stars‘, a collection of never before heard 1980’s recordings, fans can wet their appetite with the video for ‘She Used To Love Me A Lot‘, taken from the album. Among the lost material are duets with Waylon Jennings and Cash’s wife June Carter Cash.

There is still an air of mystery surrounding the American Recordings session with John Carter Cash stating that some of the recordings may never see the light of day, possibly due to recording quality. This isn’t the first time Cash’s material has been released since his death in 2003 with 2006′ ‘American V: A Hundred Highways‘ and ‘American VI: Ain’t No Grave‘ released in 2012 along with a four-volume ‘Bootlegs’ boxset.

With advancements in technology and digital re-mastering it has been possible for these recordings to be brought to light and make posthumous releases such as these possible. The ability to create a live performing hologram of deceased New York rapper Tupac Shakur broke the boundaries of digital, posthumous possibilities.

There’s doubt that this is good news for Johnny Cash fans, however it can’t be helped to bring criticism from some surrounding the intentions of John Carter Cash.