Paul McCartney took the internet by storm as his new release ‘Early Days‘ hits No. 1. 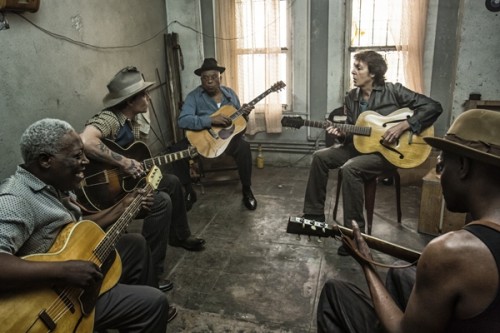 Shortly after the 10am release of the music video for ‘Early Days’ on Monday morning, the track charted at No. 1 momentarily in the charts and reached no. 2 on Twitter trending world wide!

With the highly successful release of McCartney’s latest album ‘New’ in October, fans have been waiting for the music video for the heartfelt track ‘Early Days‘ hence it’s instant success. The track reminisces on the relationship between McCartney and Lennon while they were growing up in Liverpool together.

While originally brainstorming ideas about the music video, director thought of having lookalikes of McCartney and Lennon playing the characters in the video.  However, the idea of having two young aspiring musicians, with a black and white 1950’s theme, playing the parts instead and it fits perfectly with the theme of the video.

Of course the ever multi-talented Johnny Depp makes and appearance, with a ‘jamming’ scene with some other blues musicians featuring in the video. Having Johnny Depp in a McCartney music video of course is not new news with Depp featuring in both videos ‘My Valentine‘ and ‘Queenie Eye‘

Click here for our album from the Beatles’ early days!